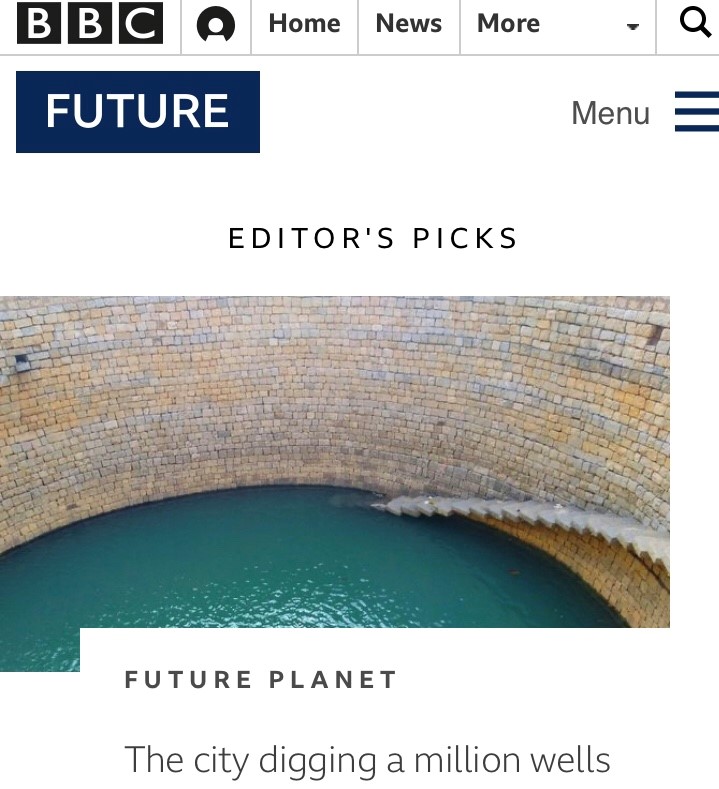 ONE OF ASIA'S FASTEST-GROWING CITIES HAS NO MAJOR RIVER AND ITS DEEP GROUNDWATER IS RUNNING OUT, BUT AN AGE-OLD PRACTICE COULD HELP THE CITY FIND WATER.

The school is housed in a nondescript two-storey building in a densely populated district of south-east Bangalore. Pillars painted in the orange, white and green of the Indian national flag add a dash of colour below the tall tower blocks that crowd around Renuka High School. 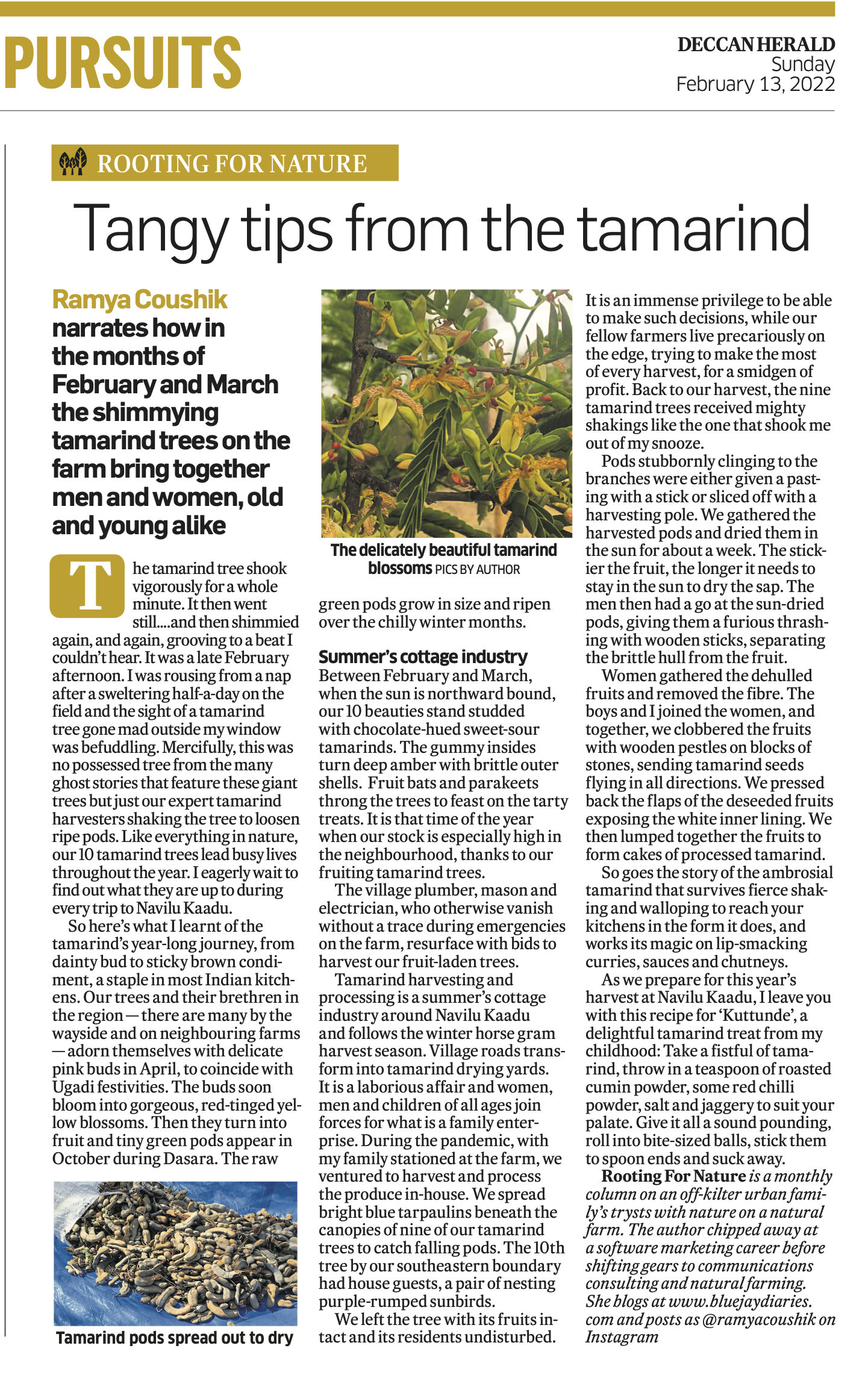 Rooting For Nature - Tangy tips from the tamarind

February & March are tamarind harvest months, so the February column is the story of ambrosial tamarind that survives fierce shaking and walloping to reach Indian kitchens in the form it does, and works its magic on lip-smacking curries, sauces and chutneys. 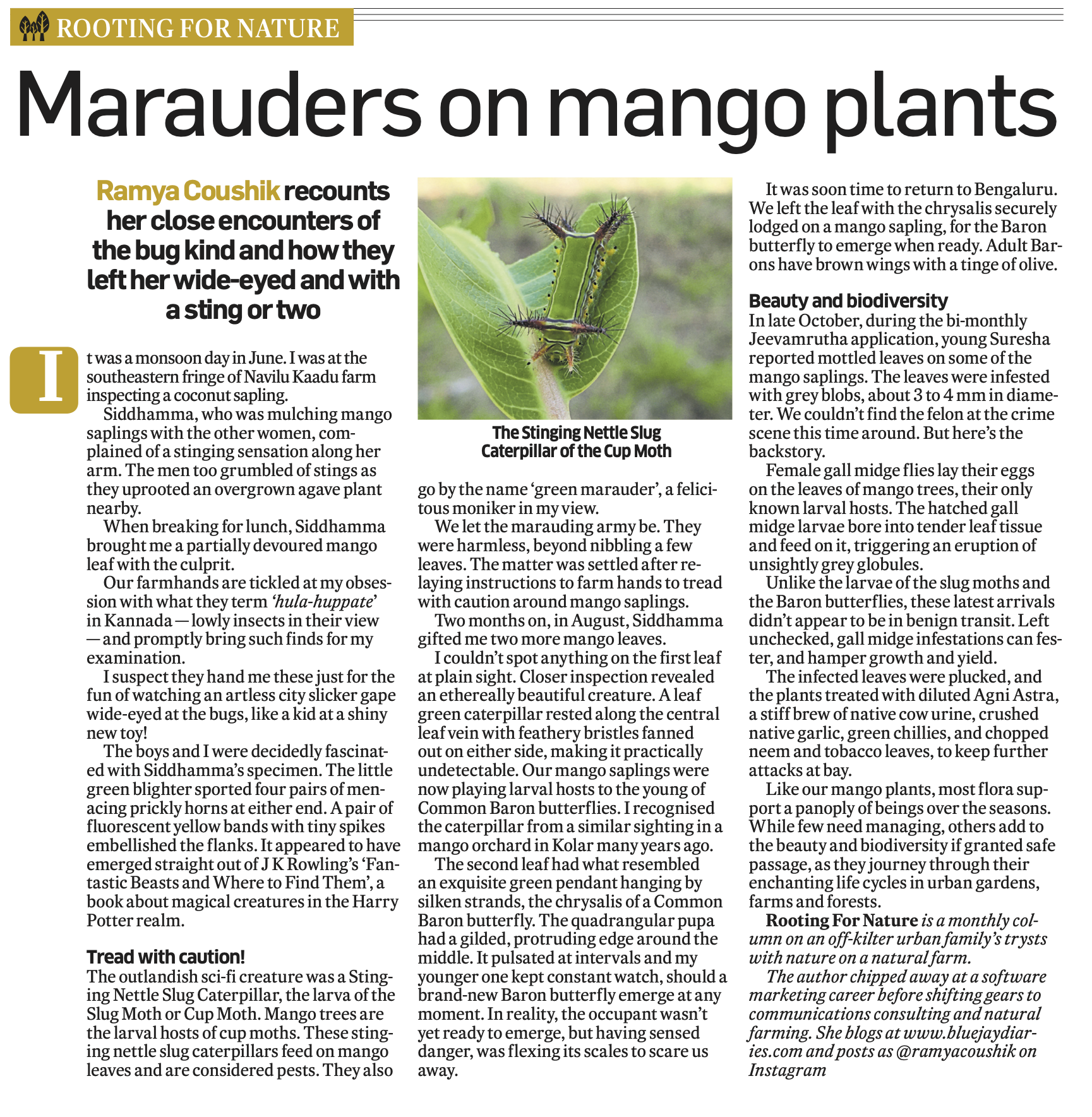 Most flora support a panoply of beings over the seasons. While few need managing, others add to the beauty and biodiversity if granted safe passage, as they journey through their enchanting life cycles in urban gardens, farms and forests.

For the Jan '22 edition of 'Rooting for Nature', I write about fantastical creatures that descend on our mango plants over the seasons.

Rooting for Nature - Lessons from a Paper Wasp

In the December '21 column, I write about a paper wasp that delivered an indelible lesson on exerting caution, space and humility when in wild territory.

Rooting For Nature - The pursuit of paradise

'Rooting For Nature' is a monthly column on nature and natural farming. 'The pursuit of paradise' is the first column of the series. 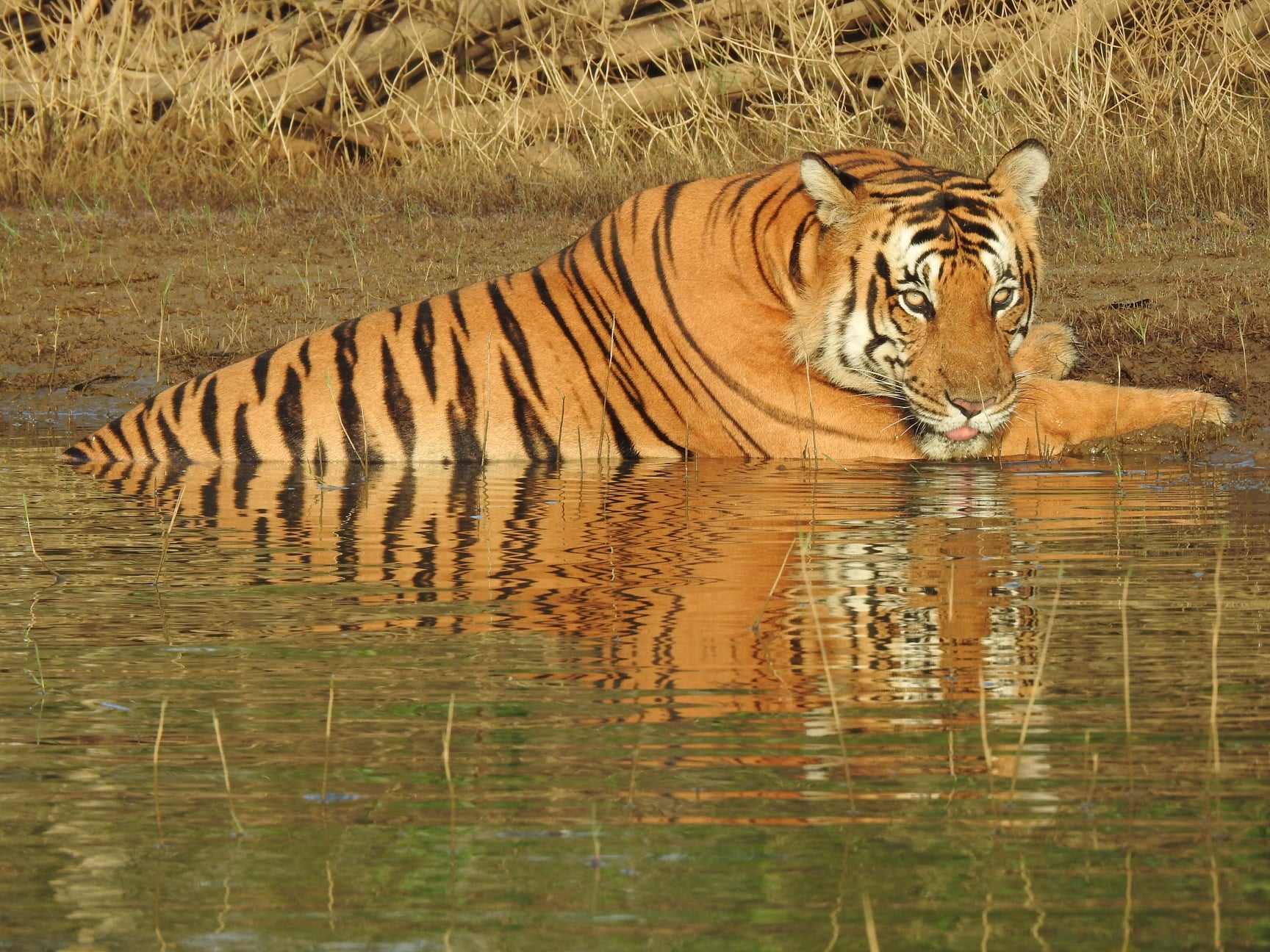 How to Savour a Forest: Gratitude for the Abundance of Nagarhole National Park

A TREASURE TROVE OF BIODIVERISTY, NAGARHOLE HAS MUCH TO OFFER BEYOND THE TIGER

On a chilly December morning, the kind that makes you want to slumber in a cocoon of blankets, I jauntily sprang out of bed to a piercing beep-beep-beep from my phone. I was on the banks of the Kabini reservoir on the southeastern fringes of the famed Nagarhole National Park in Karnataka, erstwhile private game reserve of the Maharajas of Mysuru. 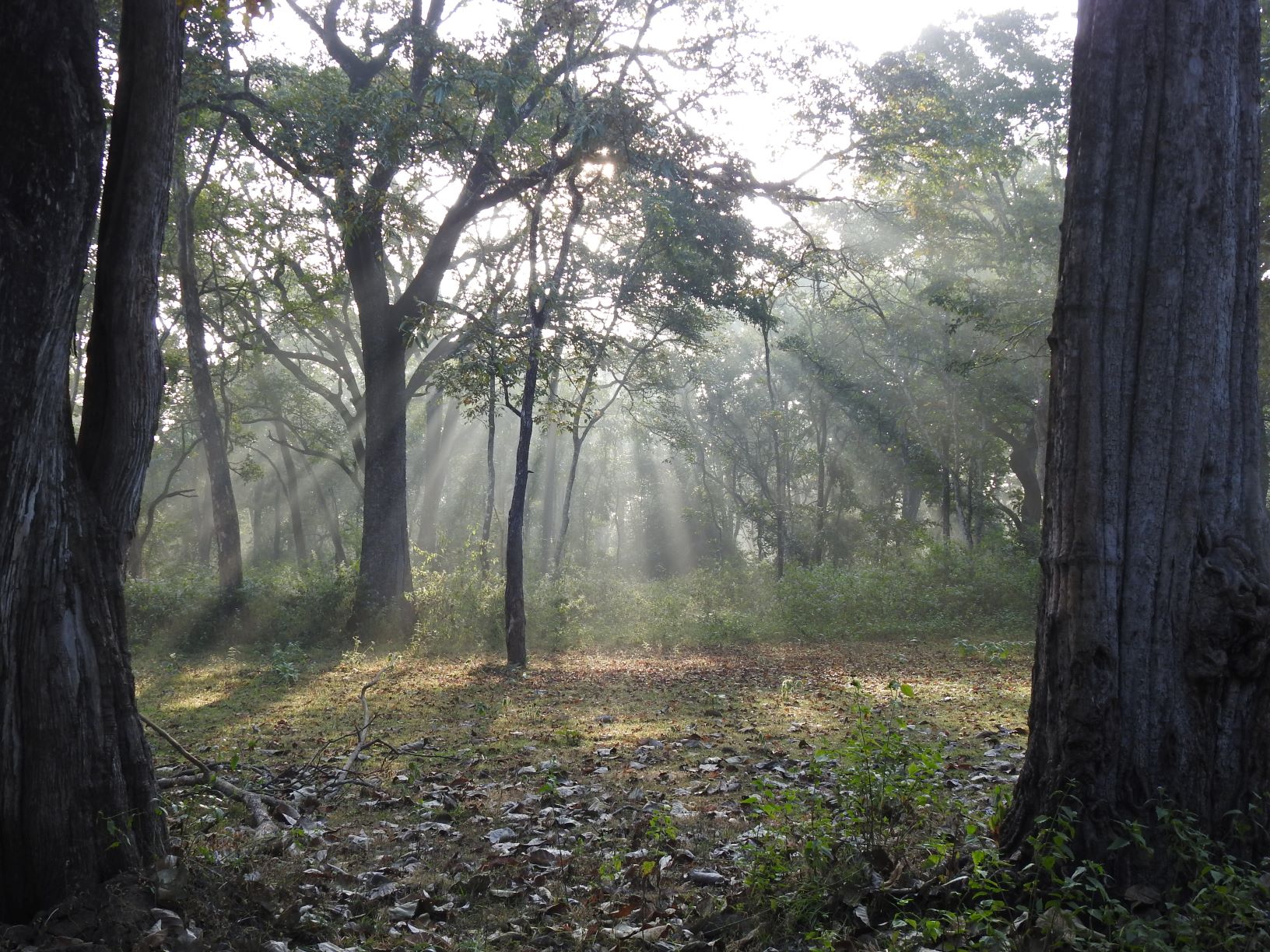 Do you wonder, like I often do, how trees in their stillness and quiescence, radiate life, warmth, serenity, abundance and vibrancy all at once, in mysterious ways that no other walking, trotting, slithering, hopping, talking, grunting or roaring being can? 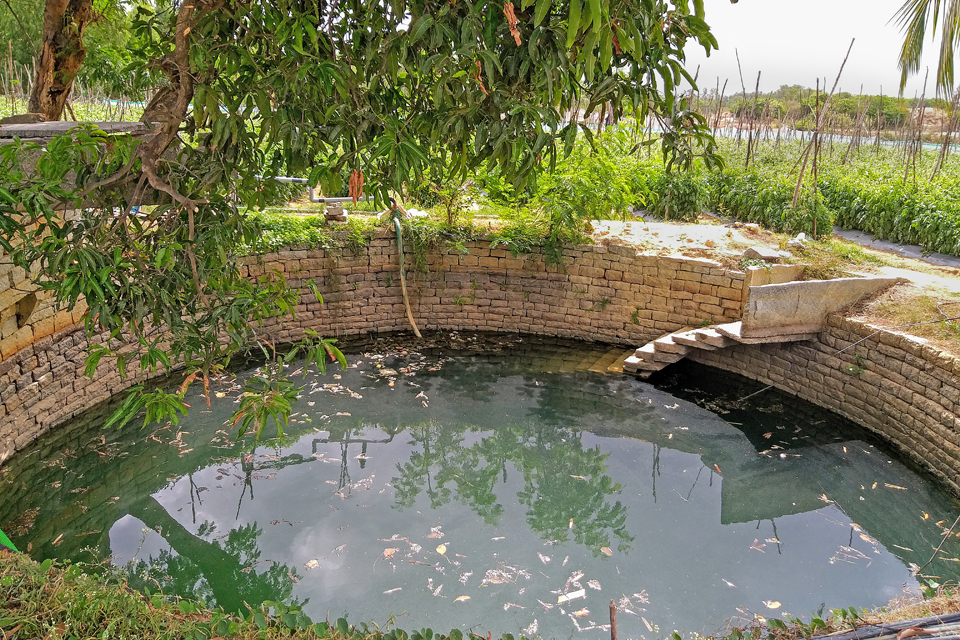 VISHWANATH SRIKANTAIAH IS A WATER CONSERVATION EXPERT WHO IS RENOWENED FOR HIS TIRELESS AND PIONEERING EFFORTS TO FIND SOLUTIONS TO THE COUNTRY'S FRESHWATER CRISIS.

In a freewheeling conversation with Ramya Coushik, Srikantaiah demystifies water conservation and holds out hope for Bengaluru's future with water. 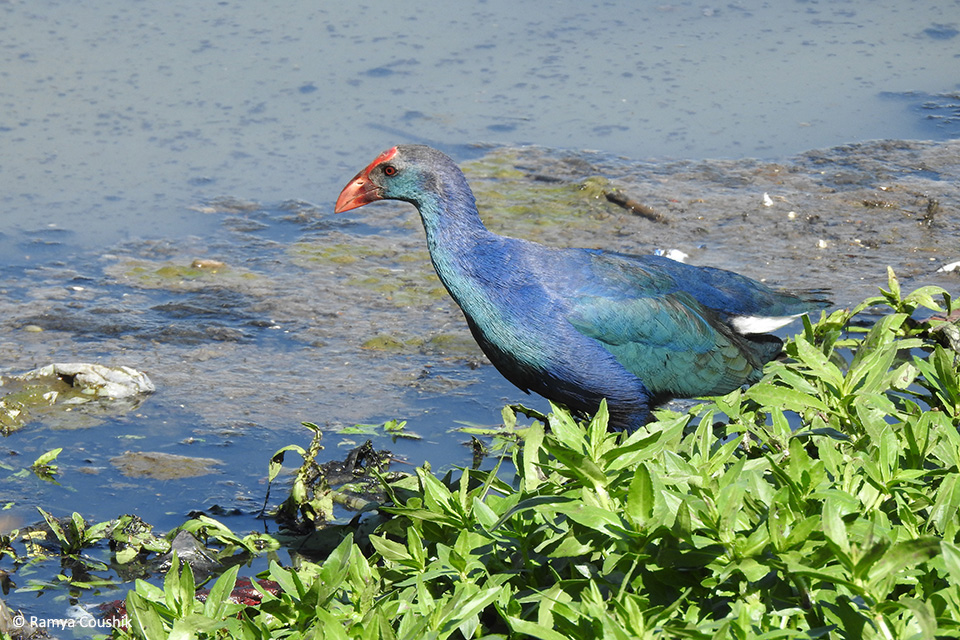 WHILE CITIZEN INITIATIVES SUCH AS THE WATERFOWL CENSUS 2020 BACKED BY THE HIGHEST COURT OF THE STATE MAY NOT ENTIRELY SALVAGE BENGALURU'S LAKES, IT IS A STEP IN THE RIGHT DIRECTION.

On a bright morning on the 4th day of the new year, an energetic, inspired, yet concerned group of citizen volunteers and birdwatchers gathered at Venkatappa Art Gallery for a half-day workshop to kickstart the Annual Mid-Winter Waterfowl Census 2020 in Bengaluru. 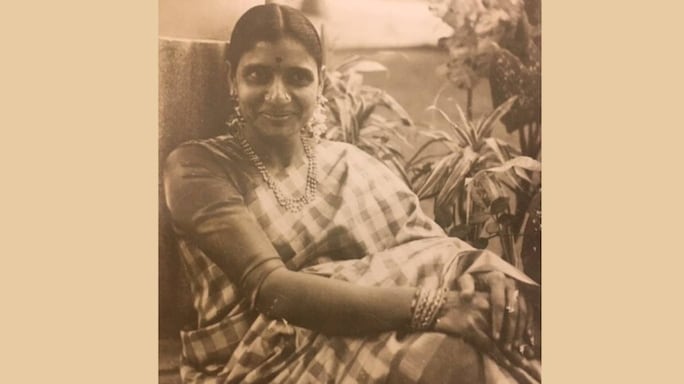 The Fragrance Of A Graceful Life

THE AUTHOR FONDLY REMEMBERS HER GRANDMOTHER, WHO WAS AN INSPIRATION TO HER

The call came at 9.00 pm on a stuffy summer’s night amid the COVID-19 lockdown. My cousin urgently conveyed that Ammaaji, our 92-year-old grandmother, was on the brink. Applying for an inter-district travel pass online, I immediately left Bengaluru for Mandya, my grandmother’s town, picking up a cousin enroute. 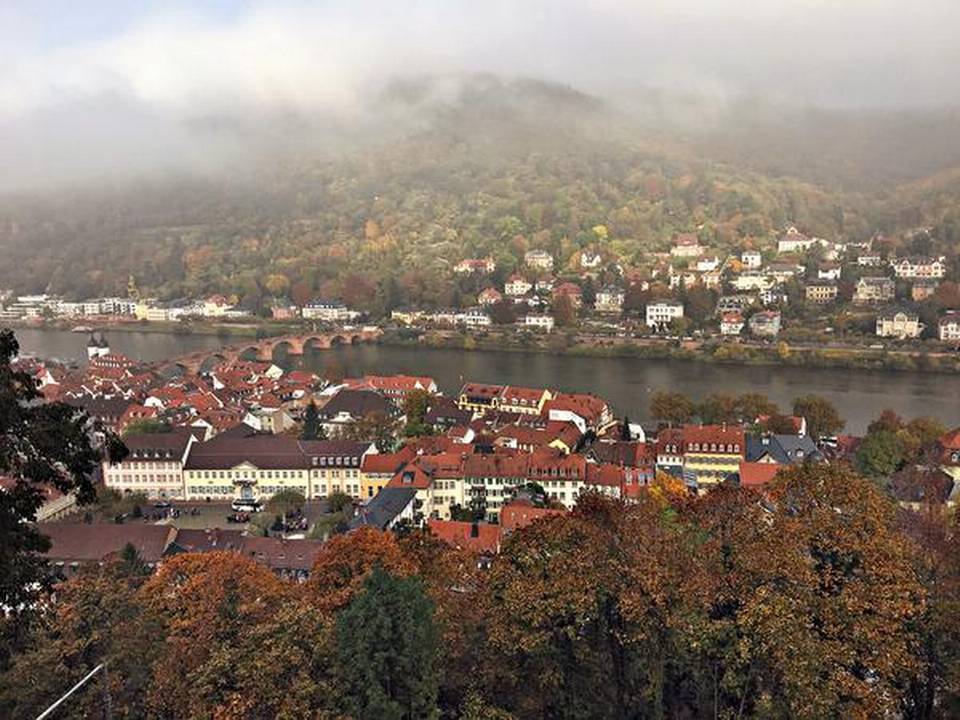 For a destination called peace

WE DECIDED TO CELEBRATE DEEPAVALI WITH AN EIGHT-DAY TRAIN JOURNEY ACROSS GERMANY, SWITZERLAND AND FRANCE. VEERING OFF THE PACKAGE TOUR ROUTE, WE BOUGHT A EURAIL PASS AND PICKED ACTIVITIES AND PLACES OF INTEREST.

We landed in Frankfurt, Germany and took the regional Deutsche Bahn Intercity (IC) train to the baroque city of Heidelberg. Nestled between the Neckar River and the foothills of the Odenwald forest, the city is home to Heidelberg University, Germany’s oldest. 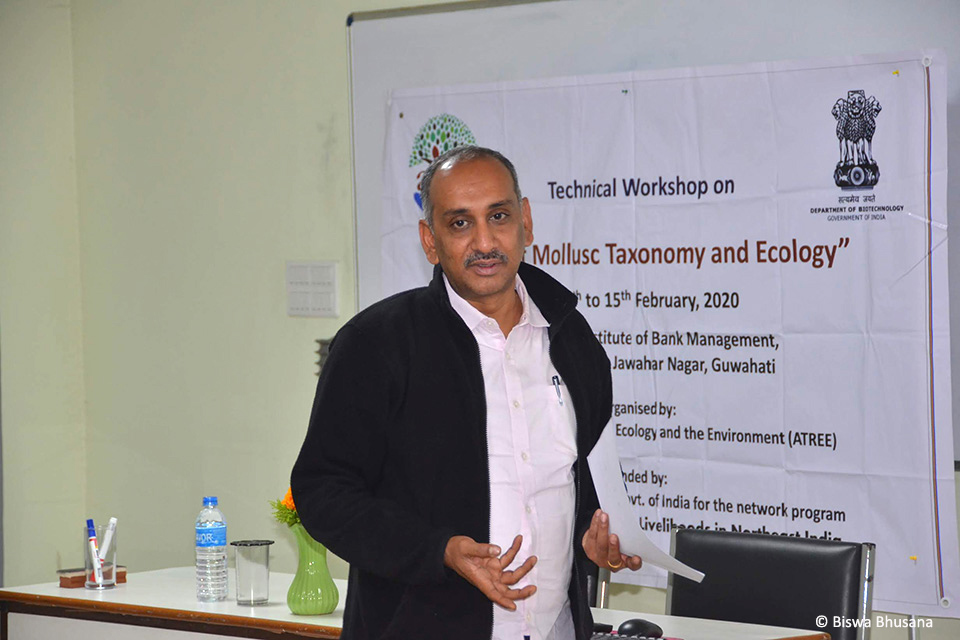 Aravind Madhyastha: In the fast lane with snails

DR. ARAVIND MADHYASTHA, FELLOW, SURI SEHGAL CENTRE FOR BIODIVERSITY AND CONSERVATION, ASHOKA TRUST FOR RESEARCH IN ECOLOGY AND ENVIRONMENT (ATREE), IS A MOLLUSC EXPERT WITH A KEEN INTEREST IN FRESHWATER AND LAND SNAILS.

A member of IUCN’s Mollusc Specialist Group, his work on snails has led to collaborations with scientists and conservation bodies from around the world, identifying hitherto unknown freshwater snail and frog species in Karnataka, assessing their conservation status, and highlighting the critical need to preserve their habitats. 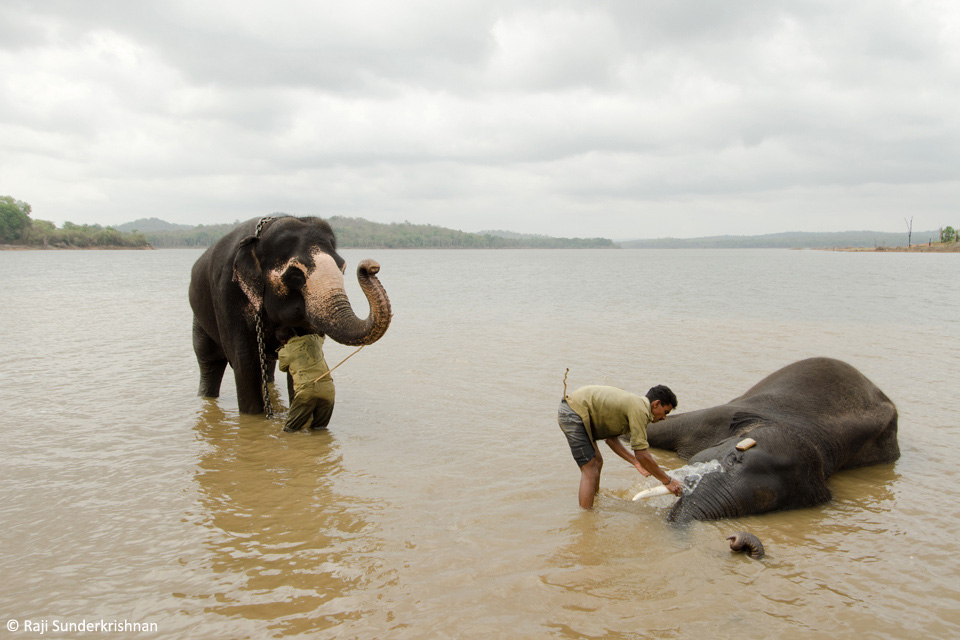 THE SAKREBYLE ELEPHANT CAMP ON THE BANKS OF THE TUNGA RIVER IN CENTRAL KARNATAKA, SERVES AS MIDDLE GROUND FOR ELEPHANTS AND HUMANS TO MEET, LEARN EACH OTHER'S WAYS, GROW A BOND AND STRIVE FOR THAT ELUSIVE BALANCE.

My earliest memories of elephants are thankfully not in zoos, but in the forests of Nagarahole. During a childhood trip to this beautiful national park with my extended family, I remember our open jeep coming face-to-face with a herd of wild elephants. Engine turned off, we sat still with bated breaths as the herd too stood frozen in their tracks, sizing us up. 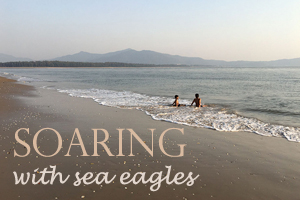 A rather disappointing family trip to Goa in October 2017 had put us off beach holidays for a while, when serendipity played its hand and we found ourselves on the long-winding drive to Devbagh, off the Karwar coast. We were going back to the island resort exactly 15 years after our first visit as newly-weds, this time with our two boys in tow. Packing our gear and the bleary-eyed boys into our car early one morning, we drove westwards with the rising sun behind us. The landscape morphed from... 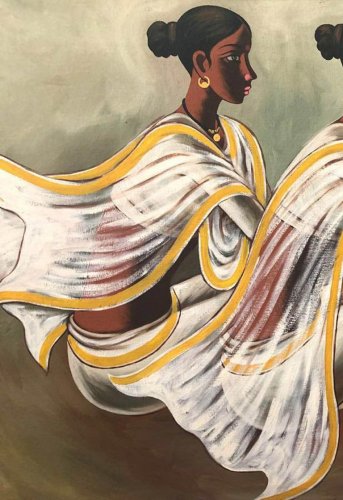 As the wedding season approaches, a frenetic shopping pace sets in. While owners of silk saree shops in Namma Bengaluru rub their hands in anticipation of brisk business, the very ‘discerning’ shoppers wouldn’t be caught dead in anything other than the trendiest silken gossamer weaves. So, like-minded female friends and relatives gang up, share a hired car, and drive down all the way to sweltering Kanchipuram for a marathon saree-picking day trip.